Skip to content
Home » Kimberly’s Blog » Whose English is it Anyway? 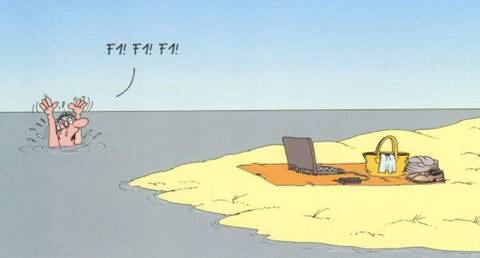 Originally published on CareerShorts.com where Kimberly has been invited to contribute blogs periodically on global leadership and project management.

My work takes me from my home in the San Francisco Bay Area, where more than 50% of the people living here don’t speak English at home, to Japan and elsewhere around the world nearly every month. I have the distinct honor and pleasure of working with people from all over the world, and recently had an incredible adventure with 37 people from 12 different countries who all came together as a global team to propose the future direction of their company. It’s an incredible experience to work with such a diverse group, and a heck of a challenge due to the most basic of reasons – we all speak different languages.

If you’re a native English speaker, working in a global team, you need to stop speaking English. Stop speaking YOUR English, that is – if you want to understand, and be understood by your colleagues. Delving a bit more deeply into the various versions of the so-called “shared language” called English based on my own personal experience:

Americans – Strictly speaking you don’t speak “English”. You speak “American”.  It’s different. Just listen to someone from New Zealand speaking English and you’ll know exactly what I mean. Or catch a couple of idiom-laden blurbs of British English from a person from the UK. You won’t understand what they’re saying, and they’ll be horrified when you start talking about your“fanny pack”.

UK People – For people who didn’t grow up with British English as their native language, no one will have a clue what you mean when you start complaining about the “tallback” that delayed your arrival at work.

East Indian Colleagues – As an American Native English speaker, I reluctantly admit that I can’t understand more than 70% of “Hinglish” because the emPHAsis is on a difFERent sylLAble than I am accustomed to.

Singapore – “Singlish” is musical and beautiful, but – unless I watch your lips every moment, and assure that my attention doesn’t drift in the least – I can only understand about 50% of what you are saying.

Australians – It’s not as bad as listening to someone from Texas or Georgia, but it’s pretty tough to understand you, mates!

New Zealand Colleagues – Really, I get such a headache focusing on what you are saying that it makes the Australian accent seem almost easy to understand. As I mentioned previously, listening to you is not quite as challenging as understanding people from my own country who hail from Texas or Georgia, but it’s pretty darn demanding.

There are other examples, but you get the idea. I don’t want to beat a dead horse (sorry, I couldn’t resist).

The former CEO of ABB, Percy Barnevik, stated that the official language of the company was “bad English”. I almost agree, but I reject the negative connotations of “bad English” in favor of “Global English”. And a CEO of a Korean company advised his people that it’s more important to speak bad English than good Korean.  Here I totally agree!

Although I’m sure that most people assume that they are perfectly understandable to others when they speak English (especially my American colleagues!) in my experience they all might as well be speaking entirely different languages. The solution is not to speak English.  The solution is for ALL of us to STOP speaking English and START speaking GLOBAL English.

I’m not a linguist, but here’s a few things I’ve learned about effective communications among global teams:

– Don’t never use no double negatives!

In my experience, it’s not just European, Asian, South American or African people who need to change how they communicate.  EVERYONE needs to adopt Global English in order to assure that 21st century global company teams can understand each other.

It’s in ALL of our best interests to make the pie bigger instead of arguing over who gets the crumbs. That win-win scenario begins with speaking a common language, and it’s not as easy as just saying “English”. It’s GLOBAL English. Give it a shot (sorry again!).

I was fortunate to have Kimberly and her team facilitate a very engaging and productive session with my team of Technical Program Managers in Aug 2019. The intent was to energize and motivate the team to feel empowered and make changes to deliver better results. Kimberly spent an afternoon (many felt it was too short) delivering very compelling and thought provoking messages though interactive exercises that kept the group of ~60 people on their feet. Everyone left with a great deal of positi… END_OF_DOCUMENT_TOKEN_TO_BE_REPLACED

Kimberly had worked with the team on several occasions on project management and team dynamics. More importantly she had gained the team’s trust and confidence over the series of workshops. One of the projects did not go smoothly and Kimberly was brought in as the external facilitator in the “lessons learnt” debrief at the end of the project. We needed an external facilitator that the team trusted and could confide in. Kimberly chatted to everyone who was directly involved with the project… END_OF_DOCUMENT_TOKEN_TO_BE_REPLACED