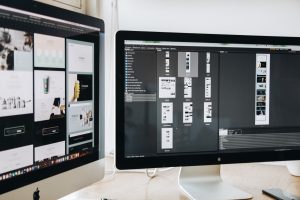 Giving business advice to someone who owns or operates a software firm is a bit different than consulting for other businesses, primarily because there are a few new concepts that you’ll need to become familiar with. Of those topics, one of the most pertinent is software licensing and the technicalities involved in that area of sales and development. But beyond the legalities and due diligence there are lots of other things that software companies need to be doing to increase their bottom line.

Increasing profits typically means making more sales and/or being able to charge more for your product due to it providing more value to the user in relation to the current market. However, many developers and software marketers make the mistake of focusing too much on the acquisition of new customers, rather than trying to build out from the user base they already had. Some use referral systems to give the users incentive to share the software, but nothing is more effective at generating brand awareness than actually having genuinely satisfied customers. With that said, here are seven proven ways to make licensees happier and increase their chances of positively reviewing or recommending your software:

Developers are at an odd standpoint when it comes to deciding whether or not they should release their source code to all licensees. The problem is, when you go that route usually the source code winds up online somewhere. At that point, it’s only a matter of time before an unscrupulous set of developers find your source code, modify it a bit, and before you know it, you’re suddenly in competition with 5-10 clones of your software and they’re giving it away for free for email subscriptions!

Okay, so maybe that was a worst-case scenario, but it’s quite plausible and similar outcomes have happened many times. At the same time, licensees are concerned because they want the program or app to continue working stably even if the developers stop providing updates for whatever reason. Fortunately, you can use an online software escrow service to come to a compromise.

Most software firms try to promise that they will respond within 24 hours, and although that is a decent latest possible response guarantee, most software users don’t want to wait until the next day to get the answer they’re looking for. If you want your reviews to say things like “excellent customer service, highly responsive,” then you should aim to respond within 1-2 hours every time.

3. Open a Forum and Be an Active Member

Users like to chat with other licensees to discover new ways to use the app to their advantage and to share techniques, so a forum is a good idea even if you’re not going to have an active profile on it. However, there’s no denying that the vast majority of your licensees would prefer to be able to contact you and read content from your development team on the official forums. Plus, it serves as an extended FAQ so that you won’t have to keep answering the same questions repeatedly.

Most software is constantly growing and being developed further into new versions with each update. Every developer knows that it’s best to deliver on feature requests with each update whenever possible – that’s like common sense and natural logic in software development terms. Sadly, many developers don’t take the extra time to do what they know would please their licensees – add and change the features they want. Of course, you can’t openly guarantee that you’ll honor 100% as some recommendations might be either absurd, impossible, or not in alignment with what the majority of users would want. However, you should be able to honor the majority of requests in a way that satisfies the person requesting it and improves the overall functionality of the software.

You might be thinking: “how would giving licensees a free trial help when they’ve already purchased a license?” Well, many times a licensee will be using a device that isn’t licensed – either a new device or one that they don’t normally use. In that case, they wouldn’t have your software downloaded to the device, and they would need a way to easily download it again and/or log in to the program on the web. With one of those two options your licensees should be able to continue using their licenses no matter where they go.

6. Use Push Notifications and Taskbar Icons

Software users don’t like to have to keep checking the interface for new developments and such. You can make things a lot easier for everyone by programming the software to notify users of updates and important happenings in their apps from the taskbar (on a desktop) or via push notifications in the notification bar (on a smartphone or tablet)

Finally, this might seem like a no-brainer to some or unnecessary to others. Most developers think of it as a last step or perk that they would eventually like to add. However, the fact is that you could boost the amount of satisfied international users significantly simply by publishing a version of the software in their language and offering responsive support in those languages as well.

Quality of Support is Just as Important as the Software Itself

Ultimately, the friendliness, responsiveness, and usefulness of a software company’s support team will play a huge factor in whether users will stay satisfied in the long-term. This is especially true when you’re dealing with business licenses because, as mentioned in tip #1, corporate software teams like to have the comfort of knowing that they would be able to continue using your software even if for some reason support stops responding or updates stop coming. That’s just one example of a support concern that needs to be addressed to ensure that the satisfied users you have today will still be satisfied one year from now, even in a competitive market.

If you want to build energy, velocity, and momentum toward an outrageous goal, Kimberly’s Scrappy Project Management is just what you’ve been waiting for to help you get those results with more pleasant surprises and fewer disappointing shocks along the way.

Kimberly is one of those people who’s enthusiasm is infectious. You can’t help being motivated by her, even if it’s via email. Her wit, experience, and business savvy make her someone I am honored to be associated with. I am a guest blogger on the University of California Santa Cruz Extension PM website, and Kimberly is our fearless leader and motivational cheerleader. She keeps us going strong with her creativity and pizazz.

Kimberly helped our organization confront some key challenges we faced working as a team. She also assisted us in creating clear and shared goals, and a practical implementation plan that enabled us to overcome our difficulties in achieving results. Working with Kimberly was energizing, and her experience, practical knowledge and wisdom guided us for years after her workshop. I highly recommend consulting with Kimberly and her Silicon Valley Alliances Team, especially to achieve results in your … END_OF_DOCUMENT_TOKEN_TO_BE_REPLACED

The door was opened to improvement where process is no longer a four letter word. I would love to work with you again sometime.