Skip to content
Home » Kimberly’s Blog » Being Great Project Leader with a Mortgage and Kids in College by Kimberly Wiefling, M.S. 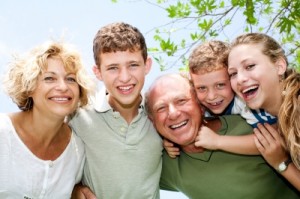 One of the strong beliefs that I have about effective project leadership is that it cannot be done by someone who has a mortgage, kids in college, or a spouse who doesn’t work. I don’t have kids, my spouse does work, and I am totally open to living in my car, if necessary. In my experience, a project leader must often operate in an environment where the very people who sign their paychecks are also the biggest obstacles to success. That’s why I developed Scrappy Project Management, a take-no-prisoners approach to getting the job done no matter what, with little or no regard for your own professional future beyond the end of the project.

But some people have asked what can be done if they DO rely on their job for the little niceties of life, like food, shelter, electricity and running water. And even I admit that my perspective is rather polarized—even cynical. There are some perfectly effective project managers who manage to maintain good working relationships with uncooperative executives, vendors, team members and customers. After deep reflection on the matter, I am forced to admit that tact and diplomacy, while somewhat time consuming, may still have a place in the project leader’s toolkit.

Turn Down the Heat!

The environment surrounding a project can be a real pressure cooker. And the commitment of some project managers is so great that they take on a burden greater than any normal human being can carry. Whatever tact and diplomacy they brought into the situation can suffer under the crushing weight of ultimate responsibility for a project that seems, if only momentarily, to matter more than life itself. This could be due to the poor judgment on the part of the leader who doesn’t know their own limits, lack of personal maturity, or stunted growth in the emotional intelligence department. Or it could simply be an act of self-deception, using the urgency of project goals as a means for justifying thoughtless behavior or needlessly cruel acts. That’s what I concluded when I took a good hard look at some of my own behavior in my early days.

One of the biggest mistakes made as a novice project manager was burning bridges that I would later need to walk across. Heck, I was a friggin’ arsonist! If someone on my team didn’t do their action item, I’d chew their behind and then came back and do it again before it even had a chance to heal.

Nothing sticks in my mind so clearly as the day I told the VP of Engineering the he was the #2 biggest risk to our success, and taunted him into asking “What’s the #1 biggest risk?” I was only too happy to tell him it was our CEO. These well-meaning execs would pop in and ask about status, interrupting the work of the person on the critical path, and then lob out the dreaded “What would it take to add this teensy weensy little feature to this revision?” What a change management nightmare! Try putting THAT into your schedule! I even went so far as to put up a sign on the door of a critical design engineer basically saying “Hey, you – CEO and VP of Engineering guys – STAY OUT of this office!”

My extreme measures did manage to keep these meddlers out of our way long enough to ship the product on schedule in spite of ridiculous deadlines and impossible requests from a customer I couldn’t intimidate as easily. But my feet got pretty scorched walking over the flaming hot coals of the bridges that I burned as I came to need the cooperation of these unfortunate souls at some future date.

It’s a small world, and the relationships forged in our work will outlast the projects, maybe even the companies. According to Dr. Robert Sutton of the Stanford Graduate School of Business, and the author of The No Asshole Rule, acting like a jerk, even for a worthy cause, is now officially banned in some companies. First published as an article for the Harvard Business Review, there’s now even a test to see how much of an asshole you are. (I’ll send a free autographed copy of my book to the first 10 people to correctly guess my score. Just send an email to kimberly@wiefling.com with your estimate. Two significant figures to the left of the decimal only, please! No need to get down to tenths of a percent, you engineering guys.)

I can think of very few projects worth destroying valuable relationships over. OK, maybe if you’re trying to end human stupidity, stop global warming, or bring back the 60’s. But for the most part, I’ve regretted sacrificing relationships to hardware and software milestones. Yes, we need to be determined. Yes, we need to be persistent, even relentless. But, as one person who was unlucky enough to be my boss during this era said, “There’s a difference between scratching your rear and ripping it to pieces!”

So, what if you are 100% absolutely committed to successfully achieve the goals of the project but there are uncooperative people whose behavior flies in the face of reason, good judgment and common sense? You don’t have to choose between “effective project leadership” or “effective working relationships”. In fact, one supports the other. Without effective working relationships we won’t have the necessary buy-in and support that we need to succeed; and the moment we turn our backs we’ll find a knife in it, or the action stops altogether. We simply must find ways to achieve both successful results and successful relationships. Instead of either/or thinking, we need to take what the Harvard Negotiation Project (HNP) calls the “AND” stance.

As project managers, we are nothing if not the world’s most active negotiators, using influence rather than direct authority to obtain resources, build commitment, and reach agreement in every aspect of our work. Influencing without authority is the essence of negotiation, and every project leader needs to learn the essentials of negotiation in order to reduce the temptation to resort to more destructive ways to achieve frequently fleeting results. HNP is best known for developing the theory of “principled negotiation”, which is thoroughly discussed in a real jewel of a book called Getting to YES: Negotiating Agreement Without Giving In. Although this book was published more than 25 years ago, it is still completely relevant and a very worthwhile read. Even better, listen to the audio recording while stuck in traffic. The principled negotiation approach can be summed up as “letting the other guy have your way”, and consists of the following four guidelines:

In addition to using principled negotiation, you might also benefit from including the quality of your relationships among your goals for the project (See Geof Lory’s recent column for a more extensive discussion of this.) Or try imagining for a few minutes that the other person is just as committed to you to the project success but has a different way of showing it. Oh, and get a little more sleep so you’re not so exhausted! It’s a lot easier to be patient when you’re not sleep deprived. Using your powerful influencing skills will result in you being considered intelligent, experienced, confident and reasonable. You may even find that you rather enjoy embracing adversaries in the dance of diplomacy, instead of acting like a jerk.

Your reputation for how you treat people will follow you, and will take years to change even after you make changes in your behavior. Although I’m still willing to trade results for relationships in certain situations, I’m much more likely to search for more mutually agreeable ways to achieve ridiculous goals on impossible projects. After all, it’s a very small planet.

Keep Kimberly’s ‘Inspired Organizational Cultures’ book within arm’s reach. It is filled with many thought-provoking tips and sage advice intended to make us think about what was, is, and could be in our organizations. This book explores organizational culture from a variety of perspectives, but always with the intention of inspiring positive opportunities for meaningful growth. Focus on any of the 140 nuggets and allow your mind to wander and explore within the context of your personal experien… END_OF_DOCUMENT_TOKEN_TO_BE_REPLACED