Skip to content
Home » Kimberly’s Blog » Collaboration is Killing Me! 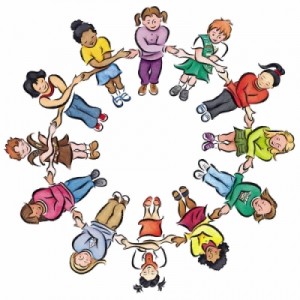 A lot of my work in the past couple of years has been consulting with a company in Tokyo called ALC Education.  It’s the biggest project of my life, with the longest time horizon of anything my A.D.D. brain has ever had to wrap itself around.  The goal of this project is nothing less than planetary transformation, something I’ve had a hankering to work on since my youth, but lacked the personal vision of exactly how to go about it.  All kidding aside, the senior executives who lead this company have told me quite matter-of-factly that they intend to transform the Japanese economy for the better, for the good of the world, through shifting the mindsets of leaders in international Japanese businesses.  When pressed, they estimated that it will take somewhere around a decade to get some traction on this whole mindset shift that will enable their clients to “solve global problems profitably”.

Seriously, I have trouble watching an entire TV show from start to finish, but this kind of long-term thinking for such a worthy cause got me hooked.  Before I knew what I was saying I blurted out “Where do I sign?”  As a result, a bunch of consultants from the Silicon Valley are traipsing around the world conducting global leadership and management development workshops with ALC’s clients, mostly in Japan, but also in Europe, the US and China.  What started out as four of people doing around 5 days of work a year each has turned into almost a dozen people doing a total of over 200 days of work around the world annually.  I’m really jazzed about our work, and the positive impact of the changes we’re making.  If you want to hear more about this you can catch my comments on a panel for Keizai Society here.

This past month I’ve noticed a disturbing theme in my work.  The problems I am in such a frenzy to solve these days are the result of solutions of past problems.

A Fool with a Tool Keeping things organized among a bunch of independent consultants and our ALC colleagues, who often write in their native Japanese language, by the way, and don’t have a fancy (read as “expensive”) IT system that we can all share, has been a challenge during what is otherwise cause for celebration.  Heck, in any economy we’d be thrilled, but these days we’re singing Hallelujah for revenues that haven’t evaporated like so many financial institutions.  This past week I spent hours updating a wiki that our US-Japan team uses to share information for each client engagement.  About a year ago I introduced this nifty collaboration tool called “Google Sites” to make communication more effective and efficient among the various groups of people collaborating on each of the 20 or so clients we’re handling.  (After suffering through the learning curves of a couple of alternatives, I like Google Sites best, although the fact that they call them “sites” instead of “wikis” caused what seemed like weeks of confusion among my native Japanese-speaking colleagues.)  Anyway, the “whateveryoucallit” was supposed to save me, and everyone else, time.  However, since establishing the wiki I have spent well over 400 hours, a full 10 weeks of my waking working life, creating, organizing and updating this so-called productivity tool.  Now, I have no doubt that it is increasing the productivity of the team, but it’s killing me!

It Was Less Work to Communicate Badly When I took time to give some thought to why exactly it’s taking so much of my time I realized it’s because we were doing an absolutely miserable job of communicating and sharing information prior to adopting this tool.  We simply weren’t communicating anywhere close to the information necessary for everyone on the team to have a clear idea of our goals, plans and status.  Critical project documents were sent as attachments to email, or thrust in hard-copy form into the hands of consultants on the evening prior to the kick-off of a big program with an important client.  Handouts and reference material for new engagements were cloned from whatever previous version existed on the hard drive of the person creating them, regardless of how out-of-date they were.  And vital decisions, and the discussions that preceded them, were stuffed into the crevices of dozen’s of people’s email folders.  Want to find the master copy of the recommended reading list for the Breakthrough Leadership Program?  It could be on any number of laptops strewn throughout the US and Japan.  Have the ridiculous idea to update the list?  Good luck getting those updates used next time.  It was a revision control nightmare.  The wiki is definitely helping, but I have no illusions that it will make up for a lack of commitment to effective communications among the team.  Email is just too easy, especially when language is a barrier, and creates the illusion that communication has occurred.  Nevertheless, I am determined to continue exploring ways to build the group genius through wikis and other tools.  We’re playing a game only a team can win, and we need to think and act like a team.  Without the ability to share information, and create a team memory bank, we’ll be wandering over the same ground again and again like a bunch of amnesiacs!

Working with Kimberly is a transformative experience.  She is deeply insightful about how to create healthy, high functioning, effective organizations. Her business savvy, her tremendous ability to make connections and her profound understanding of how teams of people operate, are invaluable! When Kimberly facilitates a meeting or conference, you can be sure it will be focused and productive; it will have meaningful and measurable outcomes and it will be a lot of fun in the process. Kimberly’s w… END_OF_DOCUMENT_TOKEN_TO_BE_REPLACED

Kimberly is a force of nature and a truly unique talent in a sea of consultants that promise change but never quite achieve it.  I’ve worked with her both for my own company and together with other clients and I’ve experienced first hand how she uses her talents as a brain scientist, entertainer, empathetic listener, and engineer to get ideas to become reality and groups to become teams.  With just 1 visioning session with her 5 years ago, she changed my mindset and put my company onto an entir… END_OF_DOCUMENT_TOKEN_TO_BE_REPLACED

We had awesome event with you last Friday! I am still amazed from your workSHOCK. It was absolutely above all expectations! I would like to thank you personally and on behalf of all employees for a great time and all the useful insights. I am sure we will meet again soon, since I will promote for another workSHOCK asap! I did a short survey about how everyone understood and experienced it and they all love it. They all confirmed that it is great and useful to have activities that burst our organ… END_OF_DOCUMENT_TOKEN_TO_BE_REPLACED