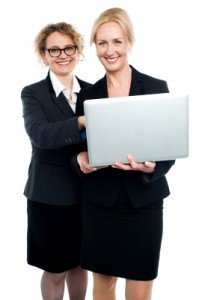 (This article is first published in www.svprojectmanagement.com. Image courtesy of stockimages / FreeDigitalPhotos.net)

Deandra (not her real name – gosh, is anyone named that?) came to my division at HP when I was young and foolish as opposed to older and foolish, like I am now). She was about as subtle as a freight train going at full speed through a crowded intersection. Many of the more traditional men started badmouthing her because of her abrasive style. Naturally I adored her immediately! Determined to be associated with this person who was even more of a lightening rod for criticism than me, I walked over to her desk and introduced myself. After a couple of months I asked her to be my mentor. Now, usually I don’t use “the M word” when inviting mentoring, but in this case I did. True to form, she asked me why I wanted a mentor, and why I chose her. To be honest, I was taken by surprise, so I had to make up some pathetic story about how I was highly committed to contributing far more to our business results, and that she inspired me with her obvious leadership ability. In fact I just wanted the opportunity to get to know this woman who did the right thing no matter the cost to her social and political standing in the workplace.

I learned so much! She taught me EVERYTHING about leading and managing a business. I wrote it all down on a placemat at Buck’s in Woodside (It fit on a single placemat, but that’s a characteristic of great wisdom – it’s concise!). And I have been using and benefiting from her advice ever since.

Although we started meeting monthly, eventually our career paths diverged, and we started meeting only annually. Over 15 years later we are still in touch. We’re not FRIENDS friends, like “gals go shopping together” friends, but we are professional friends, and I value her contribution to my career very much. In the past few years my career has been going very smoothly, and she’s gone through a lot of changes.

Oddly enough, she recently started asking me for career guidance, advice and job references. At first I felt a little odd about this upside-down mentoring relationship with someone who’s so much more experienced than me. But now I realize that we’ve moved beyond mentoring into what I’ve started to call “co-mentoring”. It’s kind of cool! And it’s a reminder to me that I’ve grown over the years. Last week she sent me a message saying she’d landed a great job at an awesome company. I wonder how our relationship will evolve from here. Whatever happens, I know this is a person I still look up to, and can still learn from.

If you’d like to turn a mentoring relationship into a long-term friendship, here are some guidelines:

Naturally all of your mentoring relationships will benefit from following these guidelines, but these will be particularly helpful in turning a mentor into a friend.

No one achieves success without the help of others. The most successful people ask for and accept help!

Pass it on. Remember to help others as you climb the ladder of success, reaching one hand back as you reach the other forward to your future.

Working with Kimberly is a transformative experience.  She is deeply insightful about how to create healthy, high functioning, effective organizations. Her business savvy, her tremendous ability to make connections and her profound understanding of how teams of people operate, are invaluable! When Kimberly facilitates a meeting or conference, you can be sure it will be focused and productive; it will have meaningful and measurable outcomes and it will be a lot of fun in the process. Kimberly’s w… END_OF_DOCUMENT_TOKEN_TO_BE_REPLACED

Kimberly is a force of nature and a truly unique talent in a sea of consultants that promise change but never quite achieve it.  I’ve worked with her both for my own company and together with other clients and I’ve experienced first hand how she uses her talents as a brain scientist, entertainer, empathetic listener, and engineer to get ideas to become reality and groups to become teams.  With just 1 visioning session with her 5 years ago, she changed my mindset and put my company onto an entir… END_OF_DOCUMENT_TOKEN_TO_BE_REPLACED

We had awesome event with you last Friday! I am still amazed from your workSHOCK. It was absolutely above all expectations! I would like to thank you personally and on behalf of all employees for a great time and all the useful insights. I am sure we will meet again soon, since I will promote for another workSHOCK asap! I did a short survey about how everyone understood and experienced it and they all love it. They all confirmed that it is great and useful to have activities that burst our organ… END_OF_DOCUMENT_TOKEN_TO_BE_REPLACED