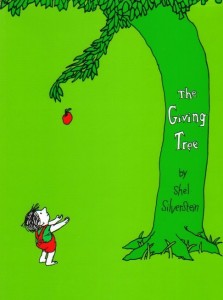 In my continuing quest to make meaning out of tragedy, here’s another in the series.

It’s amazing to me how selfless some people can be when tragedy strikes. Several days following the earthquake-tsunami-nuclear nightmare in Japan I realized that I’d totally forgotten my brother’s birthday. My whole family is spread all over the US – Pittsburgh, Houston, Daytona and San Francisco. (I’m pretty sure it’s because there’s some kind of US law restricting the number of Wieflings that can live in a given area due to the cumulative scrappiness factor that results when we’re in close proximity.) Connecting on special occasions is one of the few ways we remind ourselves that we truly are a family, not rootless diaspora, so I phoned him up ready to make it up to him by sending him an unnecessarily extravagant gift. When I asked him what he’d like he said “Just do something nice for those people in Japan next time you go there.” I was so touched by his thoughtfulness that I nearly burst into tears. But my amazement was only to grow when I actually made my first post-quake trip to Japan in early May.

When I announced my plans to go back to Japan my family and friends asked “Are you really going?” as there’s been a mass exodus of foreigners from Japan since the disaster. Shortly after the nuclear power plant disaster one US citizen working in Tokyo wrote an email to their Japanese subordinates saying “If you need me I’ll be in Hawaii.” Needless to say that manager received a chilly reception upon their return.

As I’ve been working in Japan just about every month for the past 5 years I felt a responsibility to return. After all, my friends and colleagues are working here everyday. I usually staying at the same place when in Tokyo, so breakfast at the hotel the first day was a joyous reunion between me and the restaurant workers who’ve been so friendly to me over the years. Handing them a bottle of potassium iodide tablets (a strange gift perhaps, but it seemed the thing to do), I expressed my sympathy for the suffering they’d been enduring as a nation. Immediately following their “thank you” for my concern one woman said “We’re worried about the people in the US suffering from the tornadoes!”

My jaw dropped! With all they’ve been through recently, I couldn’t imagine that anyone in Japan would have a brain cell free to worry about the victims of tornadoes in the US. What an awesome reminder of selflessness and concern for others. All too frequently I’ve become lost in anguishing over my own situation while giving too little thought to the difficulties others are facing. This was an excellent reminder not to become consumed by my own problems when leading a project, but to keep the challenges my teammates are facing top-of-mind.

I truly hope I can live up to these fine examples in future projects.