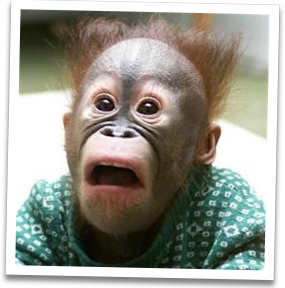 Last week I spent 3 days in a TV studio in Tokyo filming 7 hours worth of my maniacal approach to breakthrough leadership. The 14 thirty minute shows will first air on Japanese business TV, and then be available for all the world to see on a broad band learning channel associated with one of the most successful global business schools in all of Japan, Kenichi Ohmae’s Business BreakThrough organization.

When I met Mr. Ohmae he was sporting a painting of a little soldier on his fingernail, something entirely out of alignment with everything the “experts” had told me about stodgy old Japanese businessmen. (I guess the world is changing faster than the experts can keep up!) Now 10 years ago I would have considered this video opportunity a dream come true. But the only feeling that I had as I pushed my way through the teaming masses in the humid subways of Tokyo was complete and utter terror. “Make love to the camera.” my friend advised. I just hoped I’d get to be on top. I don’t know what I was thinking putting my make up on before leaving the hotel. During the whole trip I was sweating like a gymnast at the 2008 Olympics, and by the time I arrived I was drenched from head to toe.

The sound engineer was as polite as possible while fiddling with my waistline to secure the microphone. I tried flirting with him, but since I speak very little Japanese, and he seemed only to be able to say “OK” and “Please lift your shirt”, I eventually decided it was best to maintain a Platonic distance.

Once in front of the cameras that initial feeling of fear subsided, replaced by a dull ache in my stomach and a certainty that millions of people would roll their eyes and hurriedly change the channel should they ever have the misfortune to tune into one of these episodes of “Kimberly Kamp”. Now I’m used to leading workshops where human beings stare blankly back at me, but now I was greeted only by the glare of 2 red LEDs from the active camera. Every once in a while the lights would jump to a different camera, so I spent my time warily scanning for the movement of these lights, which eventually began to remind me of the eyes of some enormous prehistoric insect.

Three days paraded by in a blurry haze. I honestly don’t remember a thing I said. There were a few tender scenes with my rubber chicken (he’s a frequent flyer . . . or rather a frequent FRYER . .. and he travels with me everywhere). With any luck at all the whole mess of video tape will be consumed in a senseless fire before production is finished.

Tackling a ridiculous goal like this, something so far out of my comfort zone that I felt totally incapable of successfully completing it, was a terrific character-building experience for me. I would never have had the guts to do this without being pushed into it by people who believed in me more than I believed in myself, and there is no way I would have ever felt “ready” for the filming to begin. Like most challenges that stretch us, this was something that seemed impossible to accomplish, but looking back was only very difficult. I’m grateful for the opportunity to experience a little bit of the fear and uncertainty that my clients face when they are tackling their own seemingly “impossible” goals. As long as we keep putting one foot in front of the other, we manage to push through somehow.

Waiting to feel confident was not an option, and it wasn’t necessary. Doing what was required while being scared half to death worked just fine. Try it next time you are facing an impossible challenge.

Keep Kimberly’s ‘Inspired Organizational Cultures’ book within arm’s reach. It is filled with many thought-provoking tips and sage advice intended to make us think about what was, is, and could be in our organizations. This book explores organizational culture from a variety of perspectives, but always with the intention of inspiring positive opportunities for meaningful growth. Focus on any of the 140 nuggets and allow your mind to wander and explore within the context of your personal experien… END_OF_DOCUMENT_TOKEN_TO_BE_REPLACED