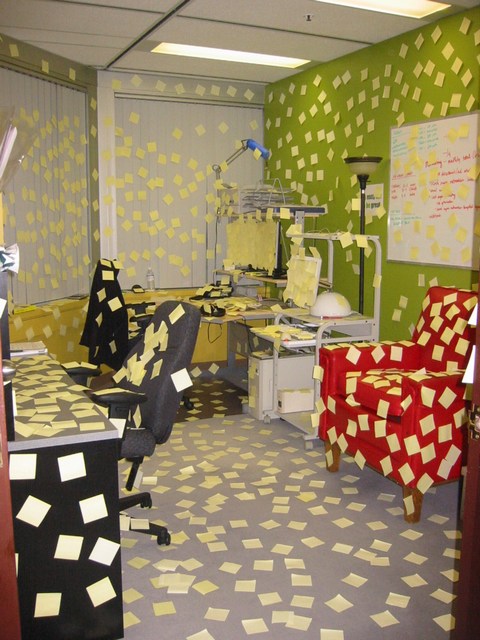 It’s easy to get stuck.  From time to time it happens to everyone.  One foot nailed to the floor, we go ’round and ’round – full speed ahead, but with no progress.  Eventually we wonder why the scenery looks hauntingly familiar.  If we’re lucky someone will throw a bucket of cold water in our face and shout “What in cripes sake are you doing?!!”  If not, well, we might wake up a decade later and wonder why we’re still struggling with the same issue-infested life we ended the century with.  With 2010 nearly upon us, it’s time to steal a glance in the rear view mirror and do a little reality check.  Does the road ahead look exactly like the one behind?  If so, how are you likin’ it?  If you’re not absolutely jazzed about being alive, eager to leap out of bed and get engaged in the banquet of a day spread out before you, you might want to make a few changes before the clock ticks another tock. END_OF_DOCUMENT_TOKEN_TO_BE_REPLACED 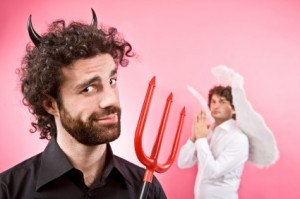 Originally published in collaboration with Yuko Shibata, executive at ALC’s Global Leadership and Talent Development Group, in a series of articles in KIGYOU TO JINZAI 企業と人材  Magazine.

Thomas Friedman said The World is Flat, and I certainly feel that the business world is getting smaller.  Many companies today are looking overseas for new markets and new customers in order to sustain the profitable growth of their businesses.  New behaviors, skills and thinking are required to succeed globally, and companies must act strategically in order to secure the talented people required to fulfill their increasingly global vision.  This has led many HR departments to pursue what they often call global leadership “training” programs, but you don’t “train” humans to be global leaders.  You train dolphins to do tricks in a swimming pool to earn fish treats.  END_OF_DOCUMENT_TOKEN_TO_BE_REPLACED

It’s easy to be a cynic, like the person who made this ever-so-uninspiring sign . . . but . . . weird things are happening to me when I travel abroad since President Obama was elected.  I was recently at a local summer festival in Akishima, near Tokyo.  Now, just to give you some idea about the town of Akishima, it’s a good hour’s train ride from the center of Tokyo, and that’s on an express train.  They’ve got a bit of industry there, but it’s fairly “sleepy” as a town compared with Tokyo.  The big attraction for the festival, which was held at the elementary school near the train station, was a raised platform where the townspeople took turns amusing one another by belting out karaoke tunes.  My friend’s 87 year old mother snuck out of the house to go back to the festival after we’d called it quits, and we found her sipping sake and eating noodles with the over-80 crowd in the VIP tent when we finally tracked her down. END_OF_DOCUMENT_TOKEN_TO_BE_REPLACED

In a 3 hour workshop you helped to change people’s attitude about our challenge from something with too many obstacles to starting to see the big prize and plan the first baby steps, in short a transformative experience.

Kimberly’s ‘Leading From Any Chair’ workshop is the single most powerful class I’ve attended, and the highest rated class I’ve participated in. Her teachings have fundamentally changed me as a leader, a coach, and a team member.

We had awesome event with you last Friday! I am still amazed from your workSHOCK. It was absolutely above all expectations! I would like to thank you personally and on behalf of all employees for a great time and all the useful insights. I am sure we will meet again soon, since I will promote for another workSHOCK asap! I did a short survey about how everyone understood and experienced it and they all love it. They all confirmed that it is great and useful to have activities that burst our organ… END_OF_DOCUMENT_TOKEN_TO_BE_REPLACED

We Can Help You:

"We only bill where we add value. Our invoices carry this message: If you are not completely satisfied with anything that you have been billed for, simply circle the amount of the charge, write a brief explanation of your concern, and subtract it from your payment. Our goal is your complete delight with our services, and we appreciate your valuable feedback."