Skip to content
Home » Kimberly’s Blog » The Stories We Tell: Creating and Perpetuating Your Corporate DNA 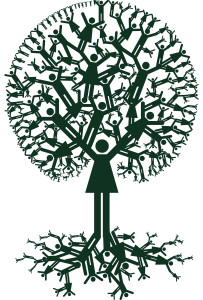 Recently, several of my clients have become extremely interested in exploring what they call their “corporate DNA.” At first I resisted, because I was concerned that this metaphor implied that they were incapable of changing. But for the most part, this model is being used to explore the unique identity of an organization — the strengths that are admired, and should be preserved and transmitted to future generations.

Most every kid who has the luxury of getting an education learns the basics of DNA. DNA is what causes a giraffe to have a long neck, kangaroos to have pouches, and porcupines to have quills instead of fur. Tadpoles turn into frogs, not butterflies, because of their DNA. And a lot of behavior has its roots in an organism’s DNA. Birds have wings, but dogs don’t, therefore dogs don’t fly. Snakes, lacking both legs and wings, resort to crawling. But what is the meaning of the DNA of an organization?

If you look up “corporate DNA” on Wikipedia you’ll be redirected to an article on “organizational culture.” But I don’t think they’re the same. Here’s how I distinguish them.

Organizational culture is “the way we are” today, including the laundry list of do’s and don’ts that the old-timers share with newbies on their first day of work. It’s “the way we do things around here,” even if we’ve forgotten why we’re doing them. Organizational culture is the collection of observable patterns in a company at the present time. People naturally assume that these patterns will continue into the future. And they probably will, unless the organization experiences a deep, sometimes radical, change. Organizational culture is made visible through behaviors, and behavior is driven by assumptions, beliefs, and patterned thinking, in addition to the conscious choices that we make to perpetuate that culture.

In contrast, corporate DNA is the historical reason why we behave this way, the genetic code at the root of these behaviors. Like the DNA of birds and snakes, it influences whether our organization will fly or crawl. Although we can change our behaviors radically, our DNA establishes some boundaries. A dog that’s been abused might bark aggressively or bite humans, but it won’t start eating worms, tweeting, or building a nest out of twigs. 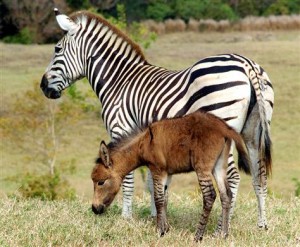 As a scientist, I worry that DNA as a metaphor for corporate identity isn’t technically accurate. People frequently talk about their company’s DNA as if it can’t, or shouldn’t, be changed. Some executives proudly speak of their corporate history as if their future is determined primarily by their past. So before we use this metaphor, there are a few things we should know about DNA.

But in spite of my scientific misgivings, I’ve found that exploring the DNA of an organization can be an extremely effective way to create a shared sense of identity among even globally diverse and dispersed teams. Teams with a clear understanding of their shared core identity, and the kinds of behaviors that naturally spring from this understanding, are more cohesive. Individual behaviors tend to naturally align with this team identity, without the need for direction, rules, and oversight.

If you want to discover your organization’s DNA and use it to unite your team, for cryin’ out loud don’t rush over to your PR department to pick up a stack of those glossy brochures containing the company history and poignant stories of the founders. I know managers who have hundreds of these tree-killers stashed in their office. Giving them out provokes cynicism, and pretty much guarantees they’ll go straight into the recycling bin.

Here are three powerful and engaging exercises that I’ve found to be much more effective than handing out brochures. It’s still all about stories. (People remember stories, as Chip and Dan Heath explained in Made to Stick.) If you want a message to change the results you’re getting in your team it must be Heard, Understood, Remembered, and Acted upon (HURrAh!), so I strongly recommend using stories as the basis of your DNA discussions. But those stories must be shared and discussed, not just read. A story-based “DNA expedition” will generate increased loyalty to your company, and inspire behavior that aligns with shared values discovered during your DNA session.

The Founders and Key Moments in Company History
The first stories to explore are those of the people who founded your company. Their stories often inspire admiration because of their courageous risk-taking, determination, or staunch commitment to something beyond making a profit. Here are a few of my favorite examples:

In addition to studying the adventures of the founders, review significant stories that punctuate the company’s history. Tales of expansion, new product launches, and other successes are valuable, but so are stories of perseverance during difficult times, as well as how people behaved when facing overwhelming challenges and setbacks.

Piecing these collages together creates a patchwork quilt that vividly conveys the company’s DNA. Don’t you dare just throw them away when the exercise is over! Find a way to preserve and share them.

If the collage activity is just too “arts and craftsy” for your company culture, try this variation:

Gather in small teams around white boards, and together draw a picture of some of these stories — ideally without talking. Then have each team present their drawing, and have the entire group distill “the essence” of each story. Based on how the team drew the pictures and told their interpretation of the story, what qualities and characteristics are demonstrated?

Here are guidelines for useful discussions to follow the above exercises:

Sharing and discussing these stories as a team can produce powerful insights about what is admired and valued in your team, and influences people to act similarly.

Who We Are NOT!
In general, people seem to find it easier to think from a negative perspective, and the next exercise I suggest directly appeals to that tendency. This is a fabulously fun exercise, and one that even engineers enjoy. Ideally you’d do it right after the first exercise.

EXERCISE #2 — “This Will Never Happen”

You can also add other categories for this brainstorm that are relevant to your business. One of my clients, famous for outdoor sports equipment, had a terrific time with this one. Rest assured, they are never going to make “senior diapers,” their slogan won’t ever be “You’re in good hands,” and Lady Gaga will never get an offer to promote their extreme sports products.

You can take this exercise one step further by reversing each of these “NEVERS” to discover who you are and what you stand for.

Remember the Future
Dreamers and scenario planners have been using this technique for years: Jump into the future and vividly imagine a possibility, and then explore what that scenario implies about the required behavior and choices that need to be made today to bring that future into existence. This exercise will set the stage for you and your team to be “DNA Ambassadors,” spreading the best of your identity to everyone who comes in contact with you.

Just reading about this exercise doesn’t even come close to the experience of living it. Don’t underestimate the creativity of your team! I’ve done this exercise with all kinds of people in all kinds of jobs, from executives to engineers, and everyone — including the stodgiest curmudgeons — totally loves it.

The DNA of the Future is Up to You

For better or worse, today’s workplace behaviors will become tomorrow’s corporate history. As a leader, you are a DNA Ambassador. Don’t just slap a corporate propaganda poster on the wall. Hanging a big sign over the doghouse door that reads “You are a cat” won’t suddenly make your golden retriever meow, hunt mice, or go crazy for catnip.

And don’t let yourself be trapped by the past! You might have been born with straight black hair, but you can dye it platinum blond and get a perm if you like. Finally, take advantage of the power of selective forgetting.

“Happiness? That’s nothing more than health and a poor memory.” —Albert Schweitzer

At a recent Wiefling Family Vacation, my brother read a heart-warming poem about what it meant to be a Wiefling. Honestly, I didn’t remember our childhood being all that much fun. But he was extremely skillful in choosing which stories to tell and which to leave out. As rough and tumble as our family is, everyone had tears in their eyes by the time he finished. (And I definitely prefer his version over what I remember!) Our corporate DNA is a doorway, not a prison. The stories we tell influence our beliefs, our thinking, and ultimately our behaviors. Don’t go the way of companies like Enron! Create a story that you and your team will be proud to hear told 50 years from now.

Keep Kimberly’s ‘Inspired Organizational Cultures’ book within arm’s reach. It is filled with many thought-provoking tips and sage advice intended to make us think about what was, is, and could be in our organizations. This book explores organizational culture from a variety of perspectives, but always with the intention of inspiring positive opportunities for meaningful growth. Focus on any of the 140 nuggets and allow your mind to wander and explore within the context of your personal experien… END_OF_DOCUMENT_TOKEN_TO_BE_REPLACED