Why do simple and effective approaches to getting things done often become obscured by jargon? For example, way back in the last century when I worked at HP we experienced big changes in the business environment. 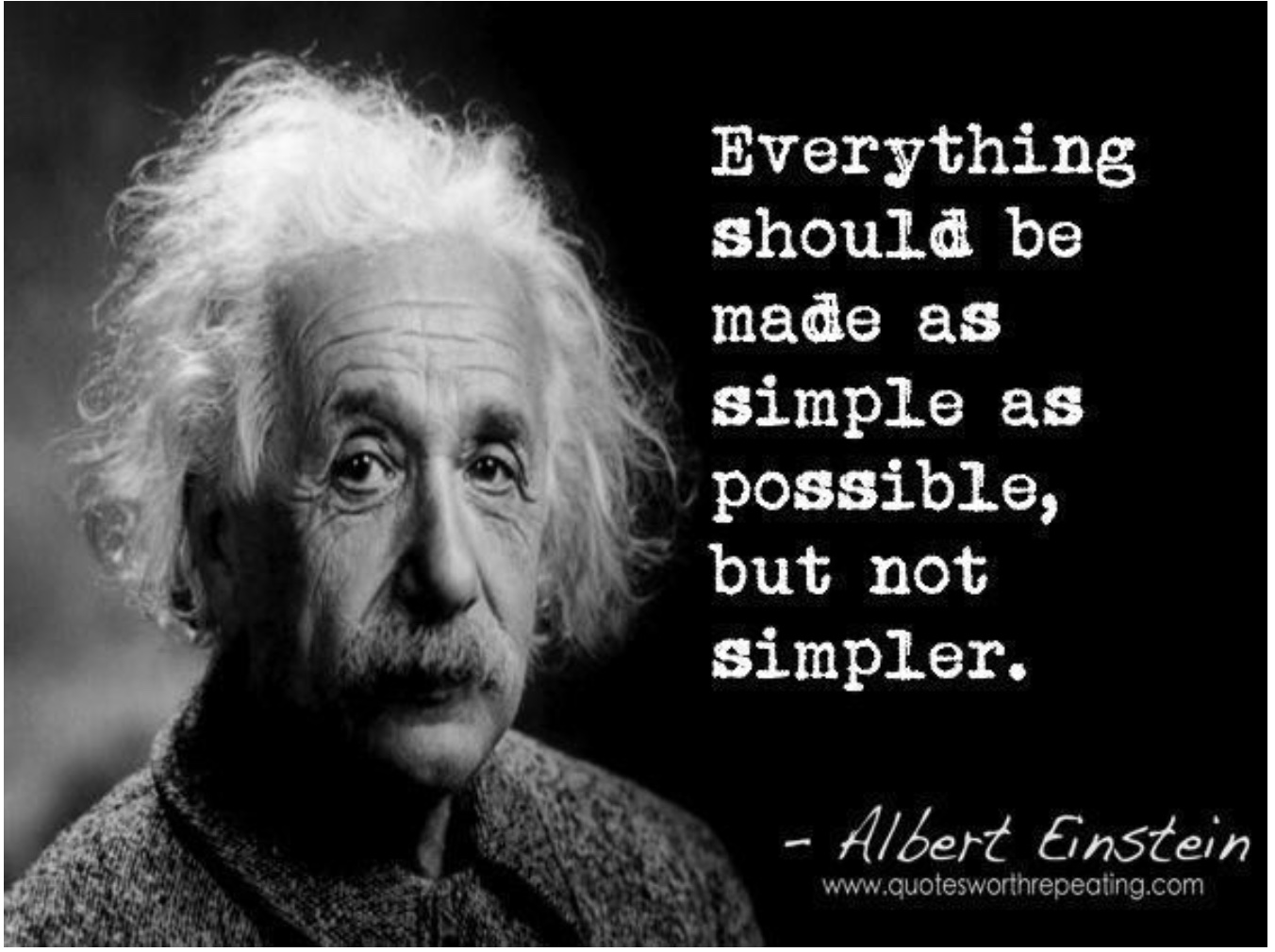 Although layoffs are common at HP these days, back then everyone I knew believed that HP had a “no layoff” policy. As offshoring became commonplace, it became clear that the lifetime employment contract was no longer viable. Executives and HR people started using terms like “career self-reliance” and “workforce resilience” — fancy phrases used to convey a pretty simple message: “You’re on your own when it comes to career development and job security.” Unsurprisingly, thousands of people were laid off over the next few years. Being laid off didn’t bother me nearly as much as seeing the reality of our situation needlessly obscured by buzzwords. I strongly believe that the terminology used in communicating the changes was unnecessarily complicated and indirect. Complex doesn’t necessarily mean complicated. I prefer to follow Einstein’s guidance to “make everything as simple as possible, but not simpler.”

END_OF_DOCUMENT_TOKEN_TO_BE_REPLACED

I was fortunate to have Kimberly and her team facilitate a very engaging and productive session with my team of Technical Program Managers in Aug 2019. The intent was to energize and motivate the team to feel empowered and make changes to deliver better results. Kimberly spent an afternoon (many felt it was too short) delivering very compelling and thought provoking messages though interactive exercises that kept the group of ~60 people on their feet. Everyone left with a great deal of positi… END_OF_DOCUMENT_TOKEN_TO_BE_REPLACED

Kimberly had worked with the team on several occasions on project management and team dynamics. More importantly she had gained the team’s trust and confidence over the series of workshops. One of the projects did not go smoothly and Kimberly was brought in as the external facilitator in the “lessons learnt” debrief at the end of the project. We needed an external facilitator that the team trusted and could confide in. Kimberly chatted to everyone who was directly involved with the project… END_OF_DOCUMENT_TOKEN_TO_BE_REPLACED