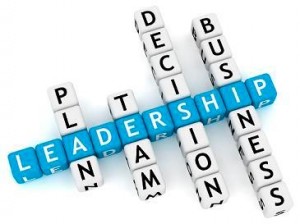 In my endless pursuit of becoming the kind of leader I admire, and helping others do the same, I review scads of research on what makes leaders admirable. Recently I came across a shocking ad hoc study where people were asked “Who is your most admired leader?” What was so startling was that the most frequent response was . . . wait for it . . . nobody! That’s right, these people couldn’t think of a single person whose leadership had earned their admiration. It gets worse, though. The second most frequent answer was a cartoon or fictional character, such as Harry Potter. I guess that shouldn’t surprise me since my #1 response to this question is Captain Jean-Luc Picard of the starship Enterprise, mostly because he has enormous power at his disposal combined with the wisdom to use it with great restraint. END_OF_DOCUMENT_TOKEN_TO_BE_REPLACED

“I just wanted to send a note of thanks for your innovation and time to help Pablove. I felt that your coaching was well focused and very helpful to the team and our mission. Thank you doesn’t seem to be enough for your efforts…however, thank you!!!!” – Tamara Gilbertson, Director of Philanthropy, Pablove

I worked with Kimberly while she was a consultant working with Extreme Networks and I was on the core project team. Extreme wanted to speed up its product development lifecycle and enlisted Kimberly’s help to do so. I found Kimberly to be smart, tough, dynamic and a welcome change agent. She navigated through the executive level politics and was able to deliver results that greatly improved the process controls and adherence with the company – enabling the company to focus on doing the right thi… END_OF_DOCUMENT_TOKEN_TO_BE_REPLACED

Kimberly Wiefling of Wiefling Consultants was my last instructor in completing my two certificates in Project Management, yet by far she was the most inspiring, enthusiastic, and knowledgeable instructor of both PM series of classes, particularly in developing my negotiation skills. I’m very grateful for the opportunity to learn from such an expert first hand.

Kimberly is one of those people who’s enthusiasm is infectious. You can’t help being motivated by her, even if it’s via email. Her wit, experience, and business savvy make her someone I am honored to be associated with. I am a guest blogger on the University of California Santa Cruz Extension PM website, and Kimberly is our fearless leader and motivational cheerleader. She keeps us going strong with her creativity and pizazz.

Kimberly has helped our company shape its global culture for the past decade. To date, over 350 colleagues from around the world [have] met together for six-month customized programs consisting of three one-week interactive sessions in our Global Team Leadership Development program. Our culture is rooted in a long history of innovative change to survive in the face of global business headwinds. We have successfully transformed our company many times in the past 90 years, but mainly as a Japanese… END_OF_DOCUMENT_TOKEN_TO_BE_REPLACED