(This article is first published in Japan in the English Journal by my agent ALC Global Leadership and Talent Development Division.)

QUESTION:  “I’m one of the few women in a leadership position in my company, and often I’m the only woman at meetings. Sometimes I feel lonely. Please help!” END_OF_DOCUMENT_TOKEN_TO_BE_REPLACED 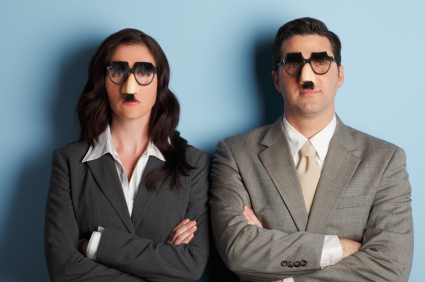 Not even close! Don’t take my word for it. I’m educated as a scientist, and I do everything I can to make fact-based decisions based on data, so here’s some data for ya . . .

According to the 2011 Catalyst Census:Fortune 500 Women Board Directors, Executive Officers and Top Earners and prior Catalyst Censuses, women have made no significant gains in the last year and are no further along the corporate ladder than they were six years ago:

This is truly a pity, especially for business people who want to make a profit. Consider this from our friends at Catalyst. Companies with three or more women on their board of directors, on average, outperformed companies with zero women board directors:

END_OF_DOCUMENT_TOKEN_TO_BE_REPLACED

I was thinking about you today – remembering how we sat at your kitchen table and you had me thinking about the future – began the work of shifting me towards bigger visioning. Starting from where I want to be and working my way back. I have old habits of just trying to get through each step, getting from here to there but rarely do I start from the dream fulfilled and work my way backwards. To me it was/is revolutionary thinking. I am noticing that I am starting to dream bigger; I am starting t… END_OF_DOCUMENT_TOKEN_TO_BE_REPLACED

“It is always a pleasure to work with Kimberly. As an expert in leadership and an experienced instructor, Kimberly brings her great knowledge and first hand experience in innovation and entrepreneurship to her work. She frequently contributes to the TVLP Institute programs for both individuals and corporate clients from 42+ countries. Kimberly recently guided about 70 senior leaders of YPF, the largest Argentinian oil and gas provider, during a Learning Lab intended to promote team cooperation a… END_OF_DOCUMENT_TOKEN_TO_BE_REPLACED