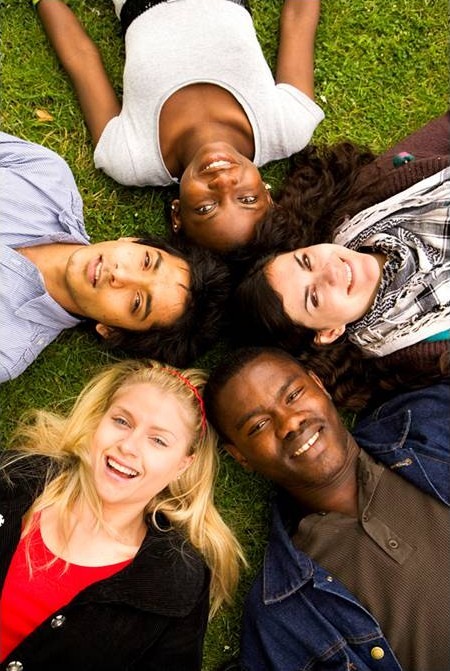 Thomas Edison, when asked why he had a team of twenty-one assistants “If I could solve all the problems myself, I would.”  Another rather amusing fellow I know said “There is no “I” in TEAM, but there is an “I” in WIN!”  Whatever your philosophy, working in a team is challenging, especially when separated by distance and time zones.  Team work requires taking into account the views of others with whom you may not agree, and working with people who may seem irritating, stubborn, or just plain sociopathic at times.  And there is always some level of conflict, which most people don’t enjoy (although some people argue for sport!), so the road of “journey shared” can be a bit rocky at times.Here are some survival tips based on my 20 years of working in teams:

–          Well, only if you don’t NEED a team, of course!  If you can accomplish the goals without investing your time and energy into building a team, avoid working in a team.  Teams should only be used to accomplish what cannot be accomplished alone.  If you are playing a game that only a team can win, you’d better have a team!

–          OK, we don’t always have a choice of who’s on our team.  But, your individual success will be tied to the success of the team, so when you do have a choice, be selective in choosing teammates.  Personality clashes and lack of shared values are a recipe for lots of angst and very little progress.  I’ve quit plenty of teams, and even jobs, to escape torturous teammates.  Life is just too short!

–          Some people think you can simply rely on common sense as a guideline of how to behave in a team.  Not true!  As I’ve muttered many times, “Common sense is not common practice!”  You must explicitly establish expectations and norms, including roles, how long it will take to respond to emails and phone calls, and what is appropriate and inappropriate behavior.  I recently had to explain to someone that attributing my business success to my good looks was not acceptable.  (He’s a friend, and didn’t mean any harm by his comments, and neither did I as I smacked him upside the head!)

DON’T CONFUSE A GROUP WITH A TEAM!

–          Merely having more than 1 person working together does not automatically make a team.  Among other things, groups of people can be mobs, or apathetic, disconnected collections of humans.  Teams have shared goals and a commitment to those goals that is stronger than their individual motives.  Teams care about their mutual success.  Teams of people trust each other, and work together for the greater good, even when individuals have an axe to grind with each other.

TREAD CAREFULLY!  RELATIONSHIPS LAST LONGER THAN THE PROJECTS, JOB, . . . AND SOME COMPANIES

–          The relationships you build with people on your team will likely be with you long after the project ends, long after you all move on to different jobs, and sometimes even beyond the end of the company (at least this is true in Silicon Valley, USA!).  Treat each other with dignity and respect.  Follow through on your action items.  Return their phone calls promptly.  Answer emails in a friendly and timely way.   It is a very small world, and you may need to rely on these relationships in the future for your continued success.  And your reputation will follow you from one team to the next.  Treat your team members as valued colleagues who will be with you for a lifetime.  Even if you don’t work directly with these same people, your reputation will be spread by what they say about you.

“This time with peers has given us time to get to know each other, laugh with each other and learn about each other. It’s hard to find that time during the workday and without the ability to have any social events, we’re lucky to be able to come together for some relaxed time together that’s not focused on the day-to-day tasks.”   – Terry Duffina, Director, Sustainability

I worked with Kimberly while she was a consultant working with Extreme Networks and I was on the core project team. Extreme wanted to speed up its product development lifecycle and enlisted Kimberly’s help to do so. I found Kimberly to be smart, tough, dynamic and a welcome change agent. She navigated through the executive level politics and was able to deliver results that greatly improved the process controls and adherence with the company – enabling the company to focus on doing the right thi… END_OF_DOCUMENT_TOKEN_TO_BE_REPLACED

Kimberly had worked with the team on several occasions on project management and team dynamics. More importantly she had gained the team’s trust and confidence over the series of workshops. One of the projects did not go smoothly and Kimberly was brought in as the external facilitator in the “lessons learnt” debrief at the end of the project. We needed an external facilitator that the team trusted and could confide in. Kimberly chatted to everyone who was directly involved with the project… END_OF_DOCUMENT_TOKEN_TO_BE_REPLACED

“It is always a pleasure to work with Kimberly. As an expert in leadership and an experienced instructor, Kimberly brings her great knowledge and first hand experience in innovation and entrepreneurship to her work. She frequently contributes to the TVLP Institute programs for both individuals and corporate clients from 42+ countries. Kimberly recently guided about 70 senior leaders of YPF, the largest Argentinian oil and gas provider, during a Learning Lab intended to promote team cooperation a… END_OF_DOCUMENT_TOKEN_TO_BE_REPLACED

Thanks for your timely advice this week! You have the right templates and tools that you can send at a moment’s notice, even at midnight! You truly care about the long term success of our company. And last, but not least, I can count on you to understand my half-finished thoughts because you are smart, flexible, and have a big heart!