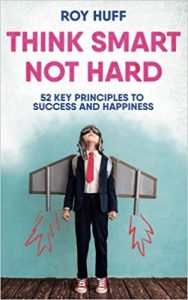 “A lack of motivation holds some people back as well as a desire to stand up and dust themselves off when they fall. They think it isn’t worth the effort, that it’s too much work.

It’s so much easier to spend weekends marathoning the latest season of the hottest new drama or liking the endless stream of cat videos on social media. To those people, it’s a conscious choice to trade in their hopes and dreams and become a voyeur of someone else’s.

Not to say anything’s wrong with unwinding at the end of the day for some much-needed R&R, but, make no mistake, if you choose to indulge in someone else’s dream instead of living your own, it’s a choice you’re making. You must decide for yourself if you want to watch someone else live his or her desire or if you want to live your own.

When self-made entrepreneurs fail, it’s often because they weren’t consistent in the values that helped them achieve their success. When people, such as lottery winners, lose everything without having earned it in the first place, it’s because they don’t know those principles and didn’t apply them to maintaining or growing that wealth.

A simple Internet search regarding successful people will reveal several common factors. They set priorities. They focus on the big picture and what’s important. They spend time finding ways to help others. They adapt to change. They make time for rest. They read daily.

More actions exist, but the idea is that successful people employ several systems that allow them to chart their own courses instead of being steered by the winds of uncertainty and luck. They take the reins of life in their own hands by accepting responsibility and learning from mistakes instead of cowering from them.

Some say that the harder you work, the luckier you get. While that maxim is true, many people work hard yet fail to see the desired results. If you’re one of those people, you may be spinning the wheel and ignoring many of the key principles in this book.” 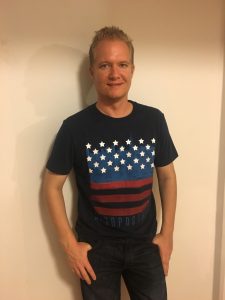 Roy Huff is a Hawaii-based research scientist, Lifehack expert, award-winning fantasy author, and science teacher who overcame the hardship of a family plagued by severe poverty, mental illness, and AIDS. He moved to Hawaii at age seventeen to start a new life and has since earned five degrees, co-authored peer reviewed scientific research, worked on projects for NASA and NOAA,

published four fiction novels as well as his current self-help/personal transformation book, Think Smart Not Hard: 52 Key Principles to Success and Happiness. He grew up on the East Coast, but has lived in Hawaii for more than half his life where he currently resides and creates new worlds with the stroke of his pen.

Working with Kimberly is a transformative experience.  She is deeply insightful about how to create healthy, high functioning, effective organizations. Her business savvy, her tremendous ability to make connections and her profound understanding of how teams of people operate, are invaluable! When Kimberly facilitates a meeting or conference, you can be sure it will be focused and productive; it will have meaningful and measurable outcomes and it will be a lot of fun in the process. Kimberly’s w… END_OF_DOCUMENT_TOKEN_TO_BE_REPLACED

Kimberly is a force of nature and a truly unique talent in a sea of consultants that promise change but never quite achieve it.  I’ve worked with her both for my own company and together with other clients and I’ve experienced first hand how she uses her talents as a brain scientist, entertainer, empathetic listener, and engineer to get ideas to become reality and groups to become teams.  With just 1 visioning session with her 5 years ago, she changed my mindset and put my company onto an entir… END_OF_DOCUMENT_TOKEN_TO_BE_REPLACED

We had awesome event with you last Friday! I am still amazed from your workSHOCK. It was absolutely above all expectations! I would like to thank you personally and on behalf of all employees for a great time and all the useful insights. I am sure we will meet again soon, since I will promote for another workSHOCK asap! I did a short survey about how everyone understood and experienced it and they all love it. They all confirmed that it is great and useful to have activities that burst our organ… END_OF_DOCUMENT_TOKEN_TO_BE_REPLACED