Skip to content
Home » Kimberly’s Blog » What Major Companies Can You Work for if You Move to Charlotte? 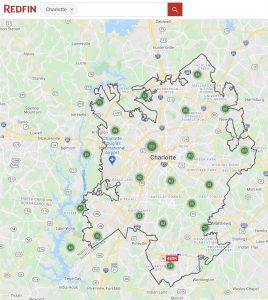 A move to Charlotte, North Carolina, can be an exciting and rewarding experience for anyone, no matter where you’re coming from.

Not only is the city of more than 850,000 a beautiful setting with pleasant weather (including mild winters!), but it’s also a booming center of commerce and jobs in the state.

Charlotte, one of the older cities in the nation due to its founding in 1768, offers newcomers and longtime residents alike plenty of opportunity for doing well for themselves. Some of the largest industries in Charlotte include manufacturing, healthcare, finance, trade, utilities, and technology.

To give you an even better picture of what you can expect from the job market in Charlotte, we have prepared this guide to some of the largest and best employers in the city.

So, if you have indeed scooped up one of the Charlotte houses for sale recently and are wondering what some of your options are, fear not: check out this list!

Charlotte is a city known for many things economically, but one thing you can’t take away from it is its support for the finance sector. One of the largest and reportedly best employers to work for in the city is Bank of America.

And we don’t just mean any Bank of America: Charlotte is where the major financial company’s headquarters are. It employs about 15,000 people in Charlotte and the surrounding region. Bank of America, like the other employers on this list, has consistently ranked well as an employer in the area, so if financial services is for you, consider this juggernaut.

Next up is the healthcare sector, specifically Atrium Health. This is another of the largest employers in the region. The non-profit hospital system employs about 70,000 people in its 40 hospitals and about 1,400 other related facilities.

The system is perhaps best known for its care in the pediatric, cancer, and heart areas. Atrium Health has won numerous awards over the years for its services in patient care, and it is generally seen as a benefit to the community around Charlotte.

If you’ve moved to Charlotte and healthcare is your area, you’ll want to see what Atrium Health has to offer.

Last up is the major electrical utility company, Duke Energy. It’s headquartered in Charlotte and since the early 20th century has distinguished itself as a forward-thinking energy company. It’s known for working consistently to provide clean, affordable electricity to millions of state residents.

Duke Energy jobs often include hirings for electrical engineers and project managers. If you’ve got any doubt at all about whether Duke would be a good employer for you, know that the company has won numerous awards and honors for the quality of its employment, including from such institutions as Forbes.

All in all, Charlotte, North Carolina, is a lovely city with some strong employers, and if you’ve moved to the area, you have a range of great options available to you.

Keep Kimberly’s ‘Inspired Organizational Cultures’ book within arm’s reach. It is filled with many thought-provoking tips and sage advice intended to make us think about what was, is, and could be in our organizations. This book explores organizational culture from a variety of perspectives, but always with the intention of inspiring positive opportunities for meaningful growth. Focus on any of the 140 nuggets and allow your mind to wander and explore within the context of your personal experien… END_OF_DOCUMENT_TOKEN_TO_BE_REPLACED