Email – you can’t really live without it anymore since that’s how you keep in touch with people, network, and apply to jobs nowadays. 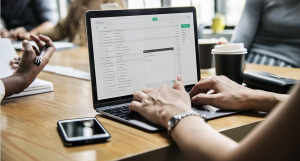 And while it is appealing to just use the most popular email service (Gmail, Yahoo!, or AOL), it’s better to switch to a safer option.

What Risks Do Unsecured Email Services Expose You to?

You’d think popular email services have got your back, but the reality is completely different.

Here are the kinds of privacy threats you have to deal with if you use them:

Here’s the harsh truth – if you use a service like AOL, Yahoo!, or Gmail, you’re pretty much giving advertisers and third party apps access to your email contents.

Well, check this out – apparently, AOL and Yahoo! have already been found to scan user emails for any kind of content they can share with advertisers.

What kind of info are they scanning exactly?

Stuff like department store and automotive loan company receipts. Of course, that’s what they made public. Who knows what other info they secretly scan?

As for Gmail, well it’s not really a secret that Google lets third party apps scan your Gmail contents. They even defended that policy, and the fact that they allow third-party apps to share your Gmail data.

True, it does say that:

“Developers may share data with third-parties so long as they are transparent with the users about how they are using the data.”

But let’s be honest here – we all know just how vague and complicated advertisers and other online services make their Privacy Policies.

Yep, if you’re unlucky enough, one of your email accounts might end up compromised because the provider was the victim of a data leak.

Such was the case with Google back in 2014. Around five million Google account passwords were leaked.

So yeah, you do the math.

Let’s face it – with almost five million passwords leaked, at least one hacker managed to hijack someone’s account and use it to impersonate them or steal sensitive info.

Sometimes, passwords don’t even have to be leaked – cybercriminals manage to breach the email accounts directly because the provider doesn’t enforce strong security procedures.

That’s exactly what happened to AOL users in 2014. The provider didn’t make it clear how many accounts were breached, but it was estimated that around 2% (almost 500,000) accounts were in danger.

Yahoo! had the same issue a few years ago – with nearly 500 million user accounts being compromised. Things were so bad that Yahoo! users can now claim $300+ in damages from the company. 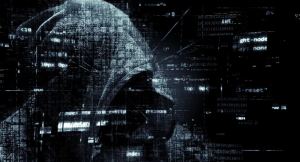 You’d think services like Gmail and Yahoo! Mail are relatively secure since they at least offer encryption.

Yeah, about that…They do provide encryption, but not end-to-end encryption.

What does that mean?

Basically, the services only encrypt the data between your device and the server. Anyone on the other side (employees from Google and Yahoo!) can plainly read your data.

So yeah, that pretty much means trusting that Google or Yahoo! will respect your privacy.

Both providers said they will implement end-to-end encryption, but that’s unlikely to happen any time soon. They’ve been saying that for years, with no actual release date in sight.

You can’t even say that it’s due to lack of resources since there are much smaller email providers on the market that actually offer end-to-end encryption.

What Exactly Is a “Secure Email Service”?

Alright, so it’s clear you should ditch the popular services for a more secure solution.

But what exactly do you define such an email service?

Well, here’s a quick list of the kinds of features a secure email provider would offer: 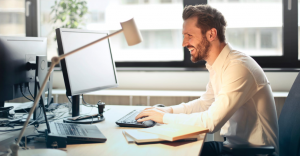 What Are the Best Secure Email Options?

I can’t go into too much detail since that warrants its own separate article. If you want a more in-depth comparison of the most secure and private email services out there, check out the link I left. It’s a great guide with extremely useful info, easy-to-scan content, and helpful recommendations.

With that out of the way, here are my personal recommendations:

Based in Switzerland, ProtonMail offers peak privacy. It has end-to-end encryption, fully integrated PGP, self-destructing emails, is open-source, and the provider has absolutely no access to your data. It doesn’t even log your metadata or IP address.

Also, Forbes once called ProtonMail the only email system the NSA can’t access.

Also, you don’t need a phone number to create an account and Tutanota is based in Germany.

The recommendation of a transformed cynic: Kimberly is a bit like a cyclone – she will turn your world upside down and blow you away. Unlike a cyclone, however, she will be sure that all of the important pieces remain; neatly reorganized and stronger than before she met you. She will also, undoubtedly, leave many gems behind for you as well – some ready to display and others for you to continue polishing throughout your life and career. You will definitely be richer for having crossed her pa… END_OF_DOCUMENT_TOKEN_TO_BE_REPLACED

Kimberly is a good communicator and a great source of inspiration to the leader in every person who works with her. She has greatly influenced the leadership qualities in me and has helped me become more effective with my communication skills.

Kimberly had worked with the team on several occasions on project management and team dynamics. More importantly she had gained the team’s trust and confidence over the series of workshops. One of the projects did not go smoothly and Kimberly was brought in as the external facilitator in the “lessons learnt” debrief at the end of the project. We needed an external facilitator that the team trusted and could confide in. Kimberly chatted to everyone who was directly involved with the project… END_OF_DOCUMENT_TOKEN_TO_BE_REPLACED